Whether it is Legacy MWA or MWAX, the channels are centre symmetric, meaning- 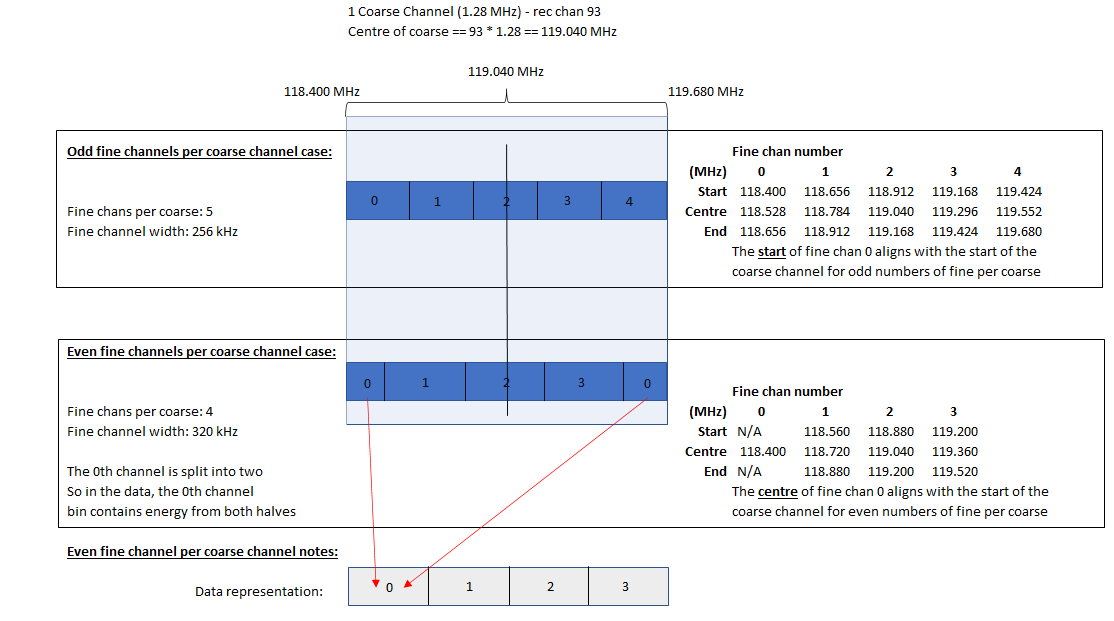 Here is a more detailed picture of which ultrafine channels go into which averaged channel. In this example there are 12 channels being averaged by different fscrunch factors. The averaging behavior depends on whether the fscrunch number and the number of averaged channels are odd or even.

This example illustrates why the center frequency of an averaged MWAX channel can be different from that of an averaged channel from the legacy correlator.

It's also worth noting that MWAX observations with an odd number of averaged channels contain some power from ultrafine channel zero in the last channel of each coarse band. This is shown in the third MWAX example.

Channels that include power from ultrafine channel zero (the channel which contains power from the high and low edges of the coarse channel) are highlighted in gray.